Warning: A non-numeric value encountered in /home/customer/www/revholmes.com/public_html/wp-content/themes/Divi/functions.php on line 5806

The Tallit & the Resurrection 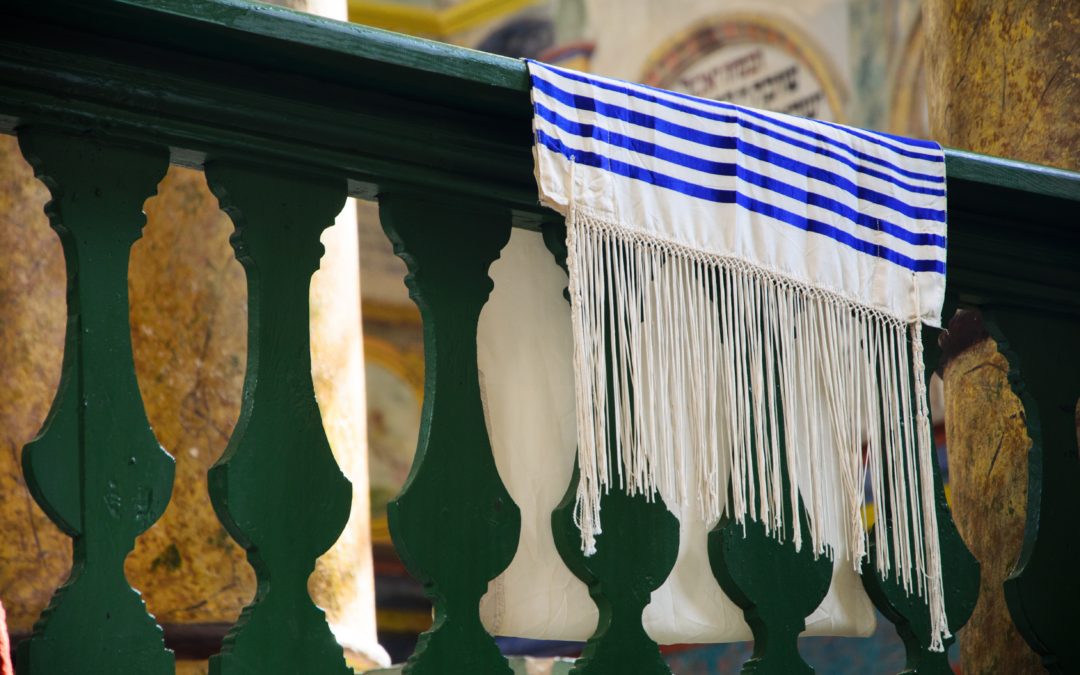 “5And the angel answered and said unto the women, Fear not ye: for I know that ye seek Jesus, which was crucified. 6He is not here: for he is risen, as he said. Come, see the place where the Lord lay. Mat. 28:5-6 You seek Jesus…He is not here.  Volumes, in word, song, and souls cascade through the corridors of time on that part of the declaration, alone!  Few phrases of fact ignite our hearts more. Yet, there is a saying that a picture is worth a thousand words…and this author is persuaded that seeing what was in the tomb spoke volumes to their faith and doctrine. It is Scripture that testifies concerning the necessity and the fact of the resurrection of the Messiah: and it is the testimony Scripture that gives import to what was in the tomb after the resurrection of Jesus.”

There are four points, to do with Hebraic tradition around the tallit, that explain the significance of what the disciple saw in the sepulcher that made seeing, believing.

1) The Jewish male is buried simply—in their kittle (a white robe) and with his tallit.

The contents of the sepulchre, being just two items, are just some of the things which indicate that the burial of Jesus followed Scriptural law and Hebraic custom. The napkin that was about the head of Jesus would have been His tallit. It was enough to make the disciple who came first to the sepulchre see and believe.

2) A man folds his tallit in a manner unique to him. That man’s family and friends would be intimately familiar with the way he folds his tallit; as would a teacher’s students.

Several familiar with the way Jesus wrapped His tallit, were not only told He is risen, but invited to see. In Mark 16 it is Mary Magdalene, Mary the mother of James, and Salome who are invited to see. The Gospel of John specifically notes that it was “wrapped together in a place by itself .“  Yes, the scene speaks to order, whereas, grave robbers would have left an upheaval and chaos: but the scene says so much more.  Jesus would have wrapped His tallit in His own unique way. His disciples would have been very familiar to the way He wrapped His tallit. Seeing this would testify that He is alive; and more specifically, that He would be back. It is interesting that the Scripture does not say that the disciple saw and understood, but that he saw and believed. The word used for “believed” has to do with the belief that is persuasion, commitment, reliant fidelity.  It is a direct reminder of Exodus 14:31:

In the Gospel of Matthew, the angel announced the resurrection of Jesus to the women, he also invited them to “ Come, see the place where the Lord lay Mat. 28:7   They would not only have seen it as the angel said, but the grave clothes and the separately wrapped tallit, just as the disciple who saw and believed.

3) Should a circumstance require a man remove his tallit and to step out, he not only folds his tallit his unique way, but he also places the tassel part of the fringe in a specific direction to indicate to those who see it that his absence is temporary and that he is coming back.

The Gospel records that the disciple saw and believed.

4) Yes, it could have been that the separately wrapped cloth was an indication that the napkin and linen clothing stayed in place as Jesus’ body rose from the dead.

However, each instance in each of the Gospels, in the “belief” of Jesus as the Messiah, is on something distinct to the Jewish mind. A Jew is normally buried in their tallit. Several rabbis have confirmed, than in either instance, His tassel would have been placed perpendicular; His personal indication that His absence is not due to robbers or Roman rulers or happenstance; but that He indeed is risen as He said He would, and that He would be back. For sure the Gospel records that the disciple saw and believed.